Understanding the Differences Between Type 1 and Type 2 Diabetes

You’ve probably heard of diabetes, a chronic medical condition where the body can’t properly process glucose (a simple sugar) in the blood. What you may not know is that there are two distinct types of diabetes: type 1 diabetes (T1D) and type 2 diabetes (T2D). Millions of Americans have been diagnosed with one of these two conditions.

Both T1D and T2D require lifelong management after diagnosis. But while we may call them both diabetes, there are some key differences between the two that affect the way the disease is managed.

For decades, many doctors referred to T1D as “juvenile” diabetes because most individuals with this form of diabetes are typically diagnosed before their 20th birthday. T1D is an autoimmune condition where the immune system attacks and kills off the pancreatic cells that produce insulin, the hormone that helps the body absorb glucose.

Glucose, as you may remember from middle school science class, is a vital cellular energy source. When your body no longer produces insulin, your cells can’t absorb that glucose. This causes glucose to build up in the blood, resulting in complications like cardiovascular disease, kidney issues, vision loss and peripheral nerve damage. Doctors still aren’t certain what causes T1D, but it does run in families. This suggests there may be a genetic component to the disease.

T2D, on the other hand, is a metabolic condition that usually develops much later in life usually middle age to later life. According to Harvard Health, with T2D, your pancreas still produces insulin, but your cells become resistant to it, making it harder for your body to use that insulin effectively. This can also lead to dangerous levels of glucose circulating in the blood.

T2D, like T1D, also tends to run in families. Factors that increase your risk for developing T2D include being overweight, living a sedentary lifestyle, and being Black or Hispanic.

Both T1D and T2D present with fairly similar symptoms. The Juvenile Diabetes Research Foundation says most people with either type of diabetes report experiencing fatigue, excessive thirst, and increased urination. People with T1D diabetes may also experience a sudden drop in weight.

But there are also some differences. The onset of T1D usually happen quickly, with symptoms increasing as the body loses those insulin-producing cells. T2D, on the other hand, typically has a slower progression. According to the American Diabetes Association (ADA), many people will first be diagnosed with prediabetes, or higher-than-normal blood sugars. That’s actually good news; the early warning of prediabetes gives people the possibility of making lifestyle changes to prevent the development of T2D.

Individuals who are diagnosed with T1D will be insulin-dependent for the rest of their lives. To manage the condition, they will have to regularly check their blood sugars and take a certain amount of insulin to help the body properly absorb it. That said, a healthy diet and regular exercise are also an important part of successful management.

Some people with T2D may also require insulin therapy. However, the Mayo Clinic notes that many individuals with T2D can manage their symptoms with one or more of the following:

Exercise: 30 to 60 minutes of moderate (or 15 to 30 minutes of vigorous) aerobic exercise most days of the week.

Non-insulin medication: Drugs like repaglinide (Prandin) can be used to stimulate the release of additional insulin, while drugs like metformin (Fortamet) can help improve the body’s sensitivity to the insulin it produces.

If medication or insulin is required, your doctor will prescribe the best option for you, given your symptoms and medical history. It is also important to note that, with T2D, there is an opportunity to slow the progression or even prevent the condition altogether through positive changes to diet and exercise. 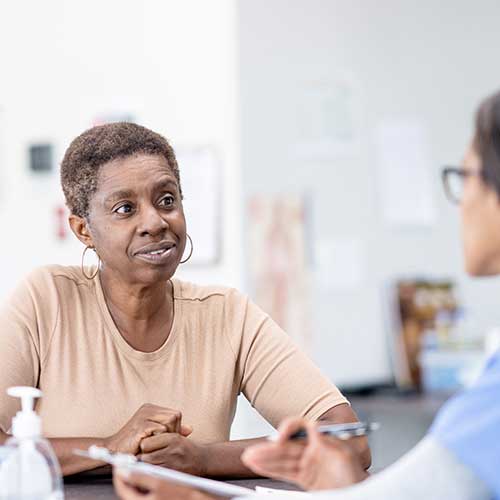 How to Screen for Diabetes

Learning to Live with Diabetes

Why It's Important to Exercise When You Have Diabetes